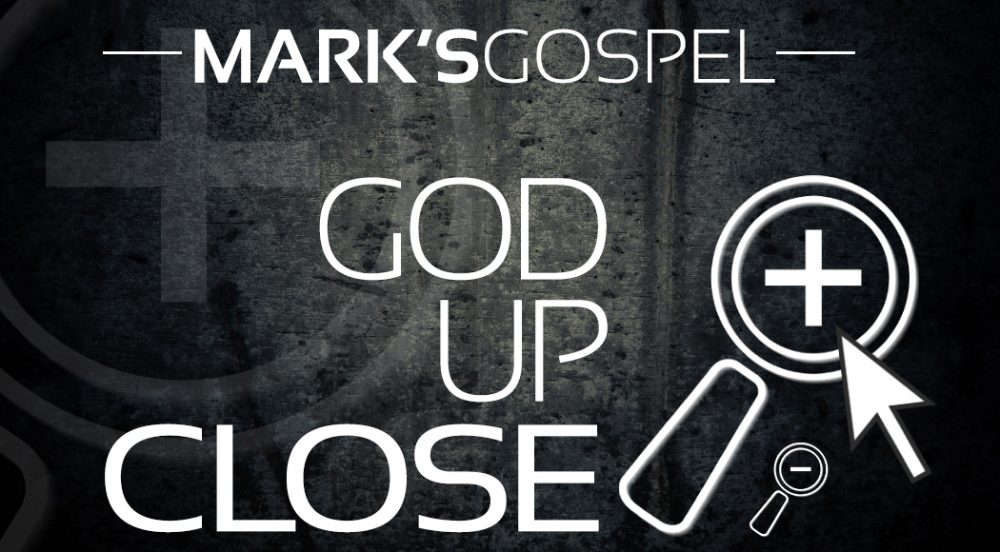 Mark 5:1-20 English Standard Version (ESV) Jesus Heals a Man with a Demon 5 They came to the other side of the sea, to the country of the Gerasenes.[a] 2 And when Jesus[b] had stepped out of the boat, immediately there met him out of the tombs a man with an unclean spirit. 3 He lived among the tombs. And no one could bind him anymore, not even with a chain, 4 for he had often been bound with shackles and chains, but he wrenched the chains apart, and he broke the shackles in pieces. No one had the strength to subdue him. 5 Night and day among the tombs and on the mountains he was always crying out and cutting himself with stones. 6 And when he saw Jesus from afar, he ran and fell down before him. 7 And crying out with a loud voice, he said, “What have you to do with me, Jesus, Son of the Most High God? I adjure you by God, do not torment me.” 8 For he was saying to him, “Come out of the man, you unclean spirit!” 9 And Jesus asked him, “What is your name?” He replied, “My name is Legion, for we are many.” 10 And he begged him earnestly not to send them out of the country. 11 Now a great herd of pigs was feeding there on the hillside, 12 and they begged him, saying, “Send us to the pigs; let us enter them.” 13 So he gave them permission. And the unclean spirits came out and entered the pigs; and the herd, numbering about two thousand, rushed down the steep bank into the sea and drowned in the sea. 14 The herdsmen fled and told it in the city and in the country. And people came to see what it was that had happened. 15 And they came to Jesus and saw the demon-possessed[c] man, the one who had had the legion, sitting there, clothed and in his right mind, and they were afraid. 16 And those who had seen it described to them what had happened to the demon-possessed man and to the pigs. 17 And they began to beg Jesus[d] to depart from their region. 18 As he was getting into the boat, the man who had been possessed with demons begged him that he might be with him. 19 And he did not permit him but said to him, “Go home to your friends and tell them how much the Lord has done for you, and how he has had mercy on you.” 20 And he went away and began to proclaim in the Decapolis how much Jesus had done for him, and everyone marveled. Footnotes: Mark 5:1 Some manuscripts Gergesenes; some Gadarenes Mark 5:2 Greek he; also verse 9 Mark 5:15 Greek daimonizomai (demonized); also verses 16, 18; elsewhere rendered oppressed by demons Mark 5:17 Greek him English Standard Version (ESV) The Holy Bible, English Standard Version. ESV® Text Edition: 2016. Copyright © 2001 by Crossway Bibles, a publishing ministry of Good News Publishers.

From Series: "MINI SERIES IN MARK"

More From "MINI SERIES IN MARK"